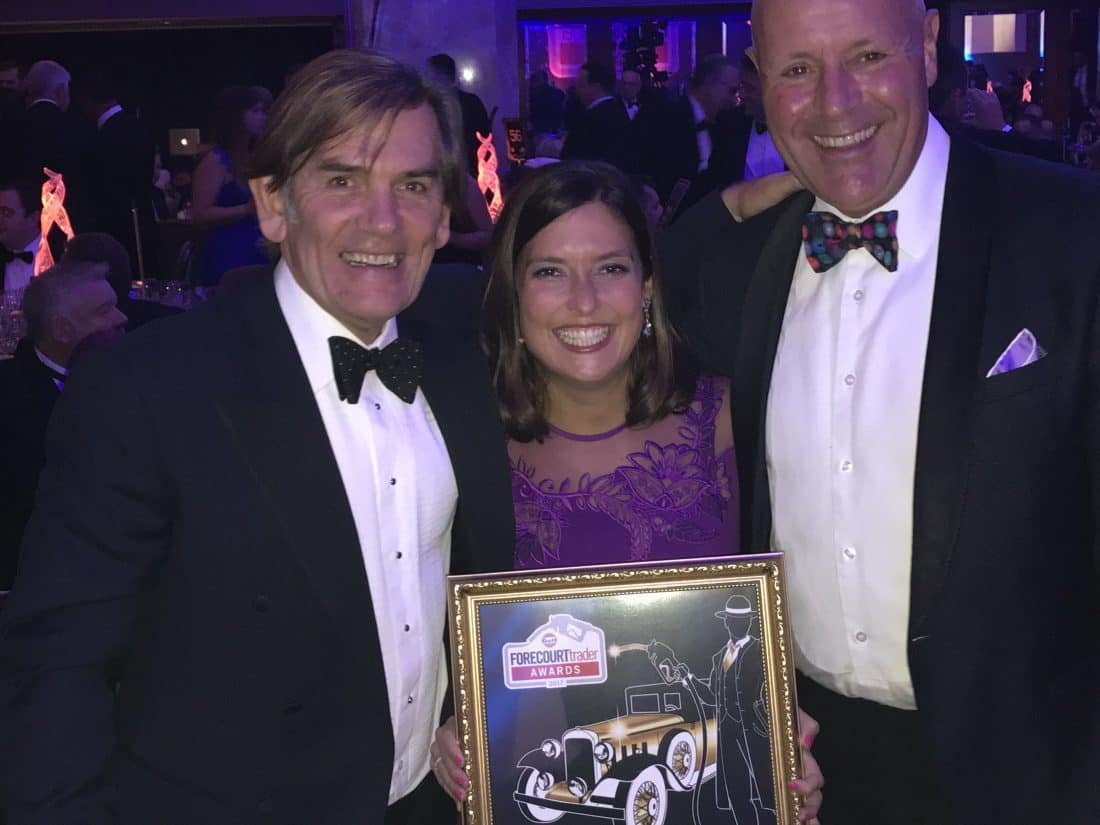 We are very greatful to win the award for the Best Forecourt Loo at the Forecourt Trader Awards! Entrants had to demonstrate a number of things about their facilities including that they were clean, subject to a maintenance schedule and had a plentiful supply of all the necessities!

The competition was hot, but Penny Petroleum were two of the three finalists shortlisted, we knew we were in with a great chance! Both of the Penny Petroleum loos shortlisted had the new “Spend a Penny” make-over, giving each loo a theme.  The two loo’s shortlisted were the Jet Penny Bedlington Service Station and the Esso Penny Sadberge Filling station; but it was Sadberge that took the honours! The Award, presented to Vicky Hennessy and David Penny, by Mylene Klass – the host at this Glitzy, Awards Evening this year with a 1920’s theme.

The Best Forecourt Loo Award has been a target for Penny Petroleum since research has underlined how important it is for the ‘ultimate convenience’ to be one that everyone would be happy to use and maybe even talk about!  On that basis the plan is to make all the Penny Petroleum ‘Conveniences’ themed around “Pennies”. Firstly because the company is called Penny and secondly because in years gone by you often had to “spend a penny” just to gain access into a public convenience (as it referred to the use of coin operated locks on public toilets).

At this point in time we have finished 2 loos (the two that were short-listed last night), with the A66 using the “Penny for your thoughts” theme and the other at Bedlington Service Station using the “Find a penny pick it up…” theme and using a Bedlington Terrier cycling a penny-farthing!  So, if you are travelling in either of these areas and need to use our facilities, please drop in and take a look at our Award Winning Loos! We won’t charge you but if you would like to donate a penny to our supported charity (which this year is the Air Ambulance) that would be most welcome.

Our next project is the service area at Kip Hill, in Stanley where we are working on a local historic concept around one of the miners strikes, more news to follow on that. 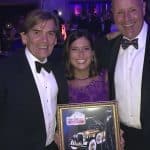 Image shows Vicky Hennessy and David Penny from Penny Petroleum with Terry Kneeshaw from Just Think on the left (the artist for the A66/Bedlington Service Station Images).