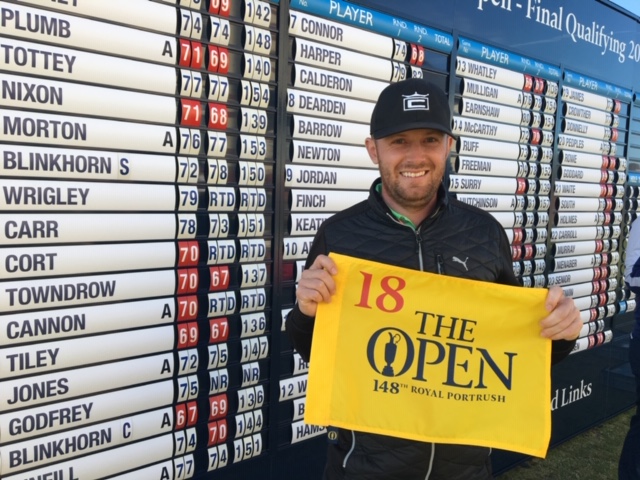 It’s one of golf’s toughest tests, and probably not something you’d expect to be reading about on a Penny Petroleum page, but we are proud to announce that Garrick Porteous (who we sponsor) has come through The Open’s qualifying rounds with flying colours. This means he will be playing against the big guns at Royal Portrush in The Open this year! Congratulations Garrick and, just for the record, here is the result that counted:

And here is a link to a video telling the story from the qualifying day in which Garrick finished 7 under!

The Open is golf’s oldest and most international championship, and was last played in Portrush in Ireland in 1951. Some of the world’s greatest players will be competing for the Claret Jug over the Dunluce Links at Portrush. This is sure to be one of the most memorable Championships.

The Dunluce Links will provide a stern test of golf for the best players in the world, which will include players like Rory McIlroy and Tiger Woods. Originally designed by Harry Colt, the course is routed through the rugged links land and constantly changes in both direction and elevation so it will be a challenge to say the least! However, we are sure that it won’t be anything that Garrick can’t handle. Who knows, maybe he will come into his own playing in his third major? Either way, we’d like to wish him all the very best in the competition. Qualifying for a major is a fantastic achievement. We’ll be glued to our TV screens between 14th and 21st July to cheer Garrick on.

Good luck from all at Penny Petroleum!