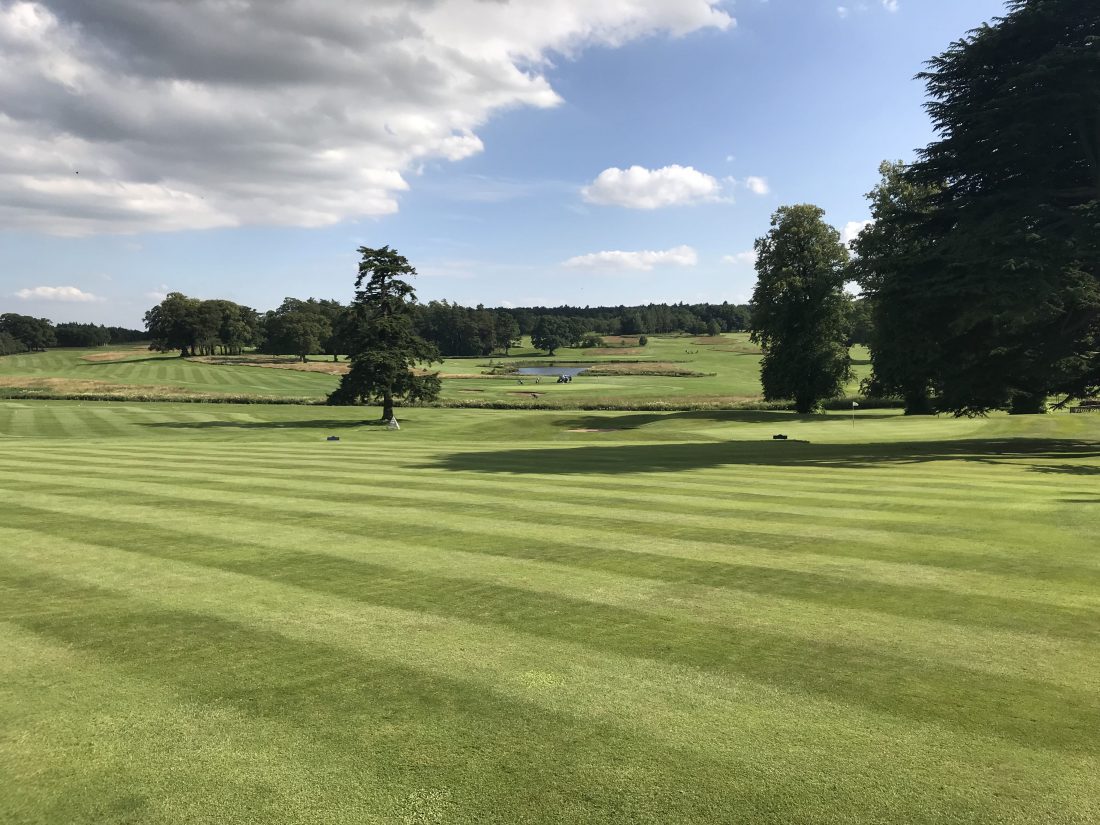 Celebrating 25 years with a Texas scramble at Matfen Hall

It’s been 25 years since our founder, David Penny, bought his first Penny Petroleum site. David and Louise Penny purchased a petrol forecourt in Powburn, Northumberland back in 1994 and now have nearly 60 sites across the north of England and Scotland.

A day out at Matfen Hall

Last week, as part of a series of events designed to celebrate everything that has been achieved over those 25 years, 22 teams played a round of golf at Matfen Hall. There were 4 members in each team, made up of staff and suppliers, and the game commenced with a shotgun start. It was a Texas scramble format and there were some surprises along the way!

The weather was truly perfect, the venue was in pristine condition and the day, which ended with steak pie followed by sticky toffee pudding, was thoroughly enjoyed by all who attended. The golf and food were followed by an auction and an award ceremony with prizes being awarded to the top 3 teams for the person who could hit a marshmallow the furthest and fastest. David Penny was also presented with a memento from the gold professional Garrick Porteous, who is sponsored by Penny Petroleum. David had attended the Open last week in Ireland with Garrick, and unbeknown to David, Garrick had a couple of gifts to remind him of his experience. Garrick also ran a “beat the pro” competition on the day.

David said: “I am delighted that so many of our suppliers were able to join us today. Great partnerships are so important and have been since we started our business 25 years ago. We’re also proud to have Garrick here and I am pleased to announce that we will be supporting him on his journey for another year.”

The whole day was in aid of DePaul, a homeless charity, which is Penny Petroleum’s charity of the year. A total of £8560 was raised on the day and everyone had a great deal of fun! Here’s to the next 25 years!